Ep. 008 Derek Waltchack: The Death of Retail Has Been Greatly Exaggerated

Today we talk with Derek Waltchack, partner at Shannon Waltchack, about his personal perspective on the retail market in the southeast.

Today we talk with Derek Waltchack, partner at Shannon Waltchack/TCN Worldwide, about his personal perspective on the retail market in the southeast. While many investors steer clear of retail, especially when retail assets like malls are not doing so well, Derek sees opportunity within the retail sector in a specific asset class.

[00:17] Welcome and introduction by Eric Odum

[03:38] Tell us why you are bullish on convenience retail

[07:25] Is there certain tenancy and co-tenancy situations you feel more strongly about than others?

[10:47] Give us an overview of the markets you are participating in within the southeast

[24:06] Tell us about your new podcast show, Brokerlord 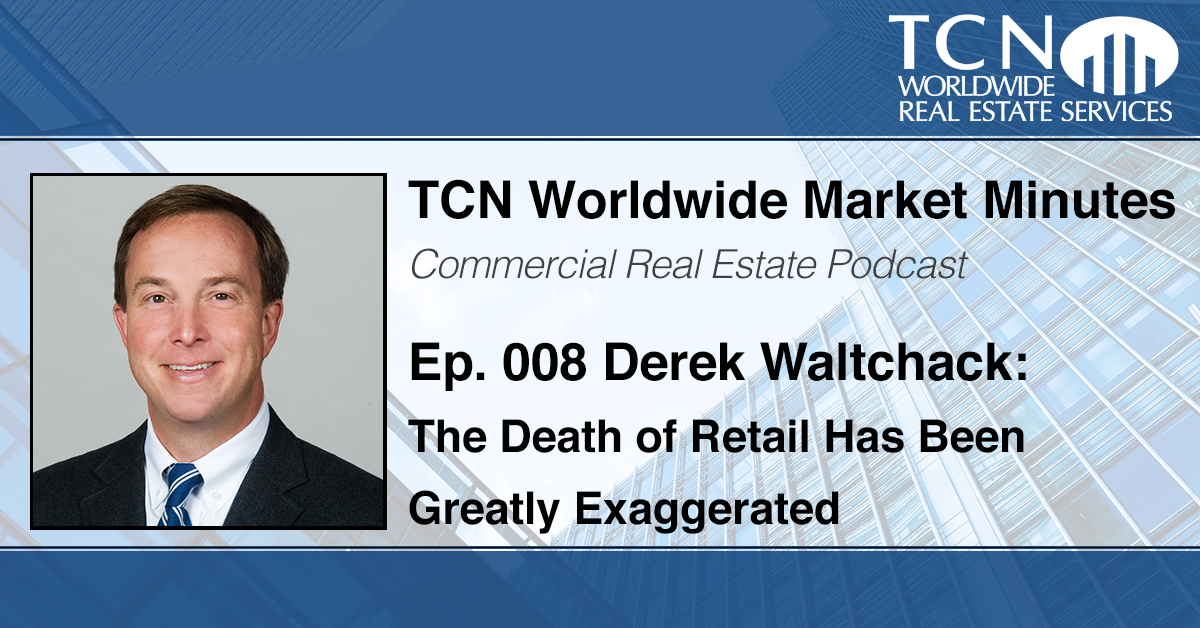 As urban revitalization thrives in Birmingham, Derek’s leadership stands out as prominent force. He put his initial stamp on downtown Birmingham in 2010 with commercial development near the city’s new Railroad Park, spearheading a $4.5 million renovation that transformed a 100-year-old warehouse into a cutting-edge business center known as Railroad Square. In May of 2013, Shannon Waltchack launched yet another progressive move, Birmingham’s first crowd-sourced development. By popular vote, the development is now known as The Stockyard @ Railroad Park and includes commercial space using shipping containers, another first in Birmingham. A recent article in The New York Times lauded the progress in downtown Birmingham, featuring Derek as a key player.

In 1998, Derek was recognized as a Top Producer among all commercial agents in the city, achieving a level of $20 million in transactions, the youngest agent ever to have received this award. In 2013, Derek was named the Commercial Member of the Year for Alabama by the National Association of Realtors (NAR).

Derek has served on the board of directors for the Vestavia Hills Parks and Recreation Foundation, the Boys and Girls Club of Central Alabama,  the Shades Valley YMCA, Business Advisory Board for the Brock School of Business and the Chestnut Growers of America.

Ep. 018 David Verwer, CCIM: Property Management and the Return to The Office (This Time for Real)