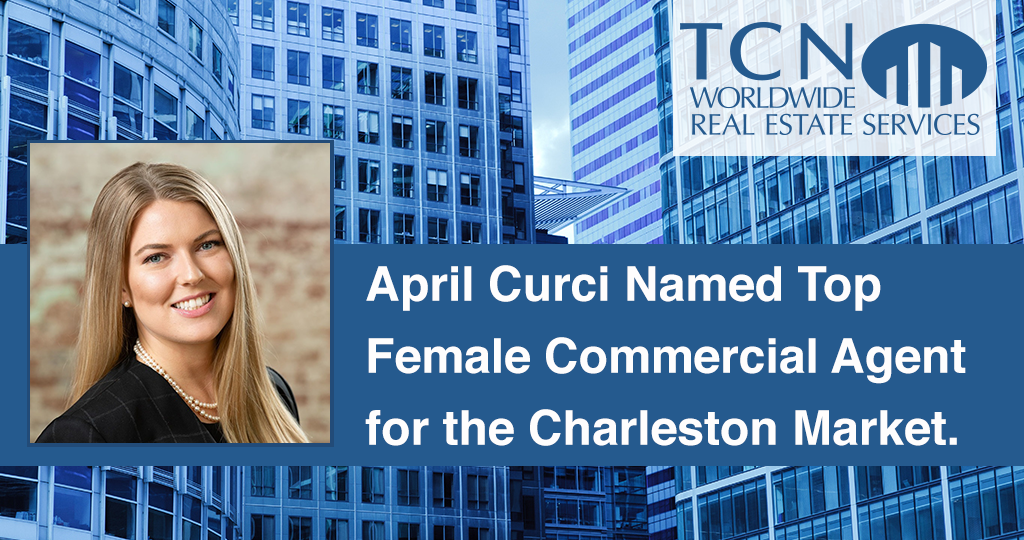 April Curci, a commercial real estate specialist with Carolina One Commercial Real Estate, has been named the 2021 Best Female Commercial Agent for the Charleston market.

The award presented to Ms. Curci seeks to recognize women in commercial real estate who are successful and rapidly advancing in a field long dominated by their male colleagues.

Curci, a native of Arizona, has lived and worked in Charleston since 2013 and is a graduate of the College of Charleston with a degree in Business Administration and concentrations in Biology, Real Estate and Entrepreneurship. Licensed in both Arizona and South Carolina, April Curci is a Certified Commercial Investment Member (CCIM) candidate and a member of Alpha Sigma Gamma Honorary Real Estate Society.

In 2015 Ms. Curci traveled to Hong Kong and Bali to study tropical ecosystems, marine life and coral reef preservation there. In 2016 she journeyed to Panama to study the influence of the Panama Canal expansion on global trade and specifically the localized impact on the Port of Charleston.

Steve Wray, the Broker-in-Charge of Carolina One’s Commercial Real Estate office located at 191 Rutledge Avenue in downtown Charleston, said “Our entire organization congratulates April on her achievement! This is a fantastic milestone and she deserves the spotlight to celebrate the moment.” You can congratulate April Curci by emailing her at april.curci@carolinaone.com or by calling her at (602) 625-3104.