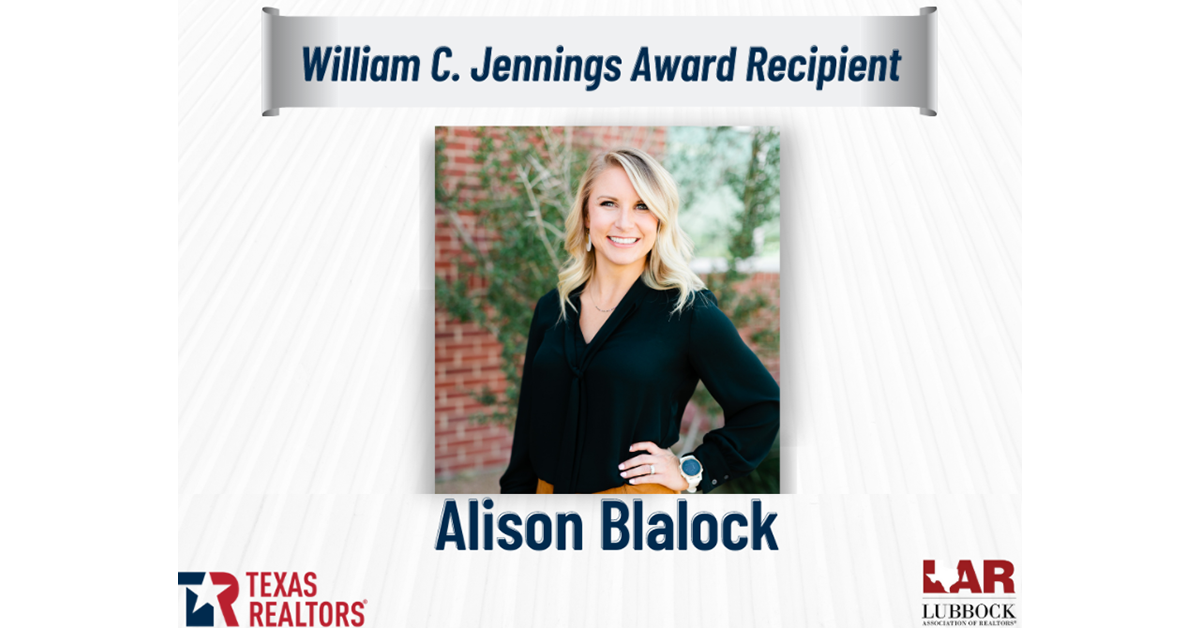 The award is based on the transaction's contribution to the community, merit and creativity, and application of commercial principles. The winning transaction transformed unusable office space into 89 affordable housing units in one of Lubbock's most historic buildings, Metro Tower. The tower had been mostly uninhabited since a devastating tornado damaged the building in 1970.

Kansas City-based MRE Capital and its partner, Austin-based Structure Development, purchased the property to redevelop the historic tower with 89 housing units – a mix of efficiency, one- and two-bedroom lofts for lease while keeping the building’s Mid-Century Modern look.

The structure was completed in 1955, branded then by the Lubbock Morning Avalanche as “the talk of America” and “one of the most modern office buildings in the nation.” It is the second tallest known building to have survived a direct hit from a F5 tornado, according to A-J archives.

“[In 2015], Alison and I were standing downtown looking at a building, and I pointed at the tower and told her the one I wanted was the tallest one in town,” said Daniel Sailler, co-founder of MRE Capital, in a news release.

The building wasn't for sale, but the developers were extremely excited and Alison was up for the challenge, saying she'd make a few calls. Her perseverance and dedication to her client paid off when after pitching the developers’ idea [buy the building; renovate it using Texas Department of Housing and Community Affairs (TDHCA) Housing Tax Credits and Texas Historic Preservation Tax Credit funds; and add affordable housing units.] numerous times and making several offers over the course of several years, a change in upper management at NTS prompted a desire to sell the property.

“This was and is the building’s highest and best use. Bringing affordable housing to downtown will continue to spur commercial development. Metro Tower Lofts is another piece of the puzzle to revitalize downtown Lubbock,” said Alison Blalock of WestMark Commercial/TCN Worldwide.

Other facts about the project: